It is no secret that Google is a publicly listed company and thus will try to improve their bottom line wherever possible. However, they still try to do it in a way where they are still providing an optimum user experience. They wouldn’t be where they are today, if they couldn’t strike this balance almost perfectly, where they understand at what level they can monetise their platform, without compromising on user experience.

Over time Google tests and adjusts, to find this optimum. Not only for the user but also to identify the point at which businesses are most likely to spend in order to rank above their competitors. This has led to a constant increase in costs year-on-year for businesses operating on Google, for the likes of pay-per-click google ads. It is also from Googles creation of new streams of revenue, by charging for previously free services; Turning those freemium’s into pay-to-play models.

In April 2019, the SEO rumour mill began to spin, when Google started to release a survey, first tweeted by Sean Bucher.

The survey began with a range of questions such as:

After these initial questions, there was one asking what roles the individual who were taking the survey carried out (see below). If customers clicked on ‘none of the above’, which include the likes of teaching working from home or consulting, they were then cleared from the survey. Clearly Google only wants to target businesses which they feel are reliant on GMB listings, and they are of the opinion that being a teacher, consultant or any role which may not typically use local listings is not relevant to the survey.

After these initial questions, there was one asking what roles the individual who were taking the survey carried out (see below). If customers clicked on ‘none of the above’, which include the likes of teaching working from home or consulting, they were then cleared from the survey. Clearly Google only wants to target businesses which they feel are reliant on GMB listings, and they are of the opinion that being a teacher, consultant or any role which may not typically use local listings is not relevant to the survey.

If they cleared this stage, the questions continued. Most notably one addressing the price range which the individual typically spent on ads each month. This ranged between $50-500. The fact that they were only asking up to $500, indicated that Google is targeting smaller business, as generally this is seen as a medium to small ad spend on the likes of PPC. This indicates that no one is safe anymore, even the poor local SMB’s are getting their pockets turned out in order to survive. Those who could only manage through organic listings on google maps, are now being looked at as a source of revenue for google.

After this, the questions would turn to features, which was the clear identifier that this survey was about monetising GMB.

They would often show a feature which may be introduced, and then ask the individual how much they would be willing to pay for them.

Without boring you to death these were most of the features mentioned:

I won’t go into all of them as we would be here all day,. However, there are definitely a few which are worth mentioning.

Getting competitor leads from their profiles

Firstly, what is going on here…? Handing out competitor leads when a customer messages their profile. It’s practically like standing in a shop door and pointing over to the competitor across the road, to say that they not only offer the same product, but they may also do it cheaper if you just take a look.

Initially, you would think there is no way Google would introduce such a bonkers offering, however this has already been put in motion. Not exactly like it is described in the survey, but as a Learning Center mention in their blog; google has started matching you to search terms that are relevant to your business and location, which includes your competitors business name.

This was first discovered by Ben Fisher back in August 2019, with a Honda dealership appearing on a Dodge dealerships listing:.

What can this tell us? Well, those who are willing to pay, will likely be allowed to sit on their competitors doorstep to essentially redirect their traffic to their own store. Whilst google sits back with their feet up, they are going to make small businesses chuck cash at their ads, in order to beat the local competition.

This is not exactly fair game, and it steers towards those businesses which are already dominant, to double down preventing local smaller businesses to have an equal opportunity to succeed.

If you are an SEO, or you are familiar with local SEO, you may have come across Google Guarantee before.

It is actually something which has been around for a fair amount of time (since 2017). The first sign of it being introduced into Google my business listings was the survey last year.

In July 2020 Google Guarantee got it’s first kick off. It was spotted in a couple of areas, one being the home tab of the GMB dashboard. It allowed certain companies to upgrade their profile at the cost of $50.

Google Guarantee involves google carrying out rigorous background checks on a company, and if they pass they get a certificate which comes in the form of a green tick. “The Google Guarantee badge  is available for businesses that pass a Google screening and qualification process through Local Services Ads.”

It is a way for google to provide a better experience for users, because they have more confidence in the services they are purchasing, as google reimburses any service which does not live up to the quality and satisfaction of the customer.

However, as I mentioned at the start, this is Google finding the perfect balance between maximising profits and providing a service which businesses will pay for and customers will use. As search land pointed out, that a spokesperson at google states that they are still ‘experimenting’ with the google guarantee, saying that they are “always testing new ways to improve our experience for advertisers, merchants and users”.

They have only rolled it out in the US and Canada thus far, but it will likely be on our UK doorstep soon enough if it is making google money, and as a local SEO company this is both exciting and worrying.

Finally I just want to look at the concept of Google’s promoted pins on their google maps.

If you are unsure, Word Stream described promoted pins as Google’s goal to “optimize the Google Maps experience so that users actually see the ads but without going so far as to become obtrusive and become a distraction to users who may be driving “. The pin will display a square shaped google maps pin, which is stand out from the other smaller pins located within google maps.

This is something google has rolled out since the survey last year. Recently they have been offering “promoted pins for free in an effort to assist small businesses that are now in the process of reopening after lockdown.” – Search Engine Journal. Although this is likely to be harmless and Google has the intention of helping small businesses, the sceptic inside me can’t help but see this as a way for them to monetise even more. By getting users onboard for free, and then eventually charging them. This is a tactic Google plays with almost all of it’s services, first by offering a freemium, and then once they have small businesses on board, they begin to charge.

Why this all matters….

Now don’t get me wrong Google has to make money, and if they can do it in a way which won’t deter the user, then on a business level it makes sense. However, as google places increasing influence on paid ads, no longer just in the SERP (search engine results page), but also in google maps and google maps listings. It begs the observation that organic rankings, based on merit and SEO may likely have less of an impact on reaching potential customers as Google monetises in more markets and for more services.

What may seem like a $50 google guarantee, or a free promoted map pin, may easily turn into hundreds if not thousands of pounds over the course of a year as they upsell and change freemium into premiums; . Ultimately only allowing for a pay-to-play model.

Even more worrying, is the fact that they are still looking into the concept of paying for competitors leads and traffic, which could easily turn into big companies with excess cash being able to dominate smaller local companies, and thus making local search monopolised by those at the top.

Now, I am probably being a little dramatic about all this and on the most part I don’t think it would ever get to the point where organic traffic is a thing of the past, and pay-to-play is the only option. However, hopefully it has given you something to think about , and watch out for, because whatever happens you will have to adapt to the times in order for your local business or agency to survive.

If you need help with your google maps listings, SEO or local SEO, then please don’t hesitate to get in touch with us at Digital Rainmaker 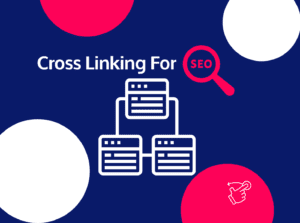 “Crosslinking” is a term used in two ways when talking about websites. Although both processes are designed to improve a website’s Google rankings, they do 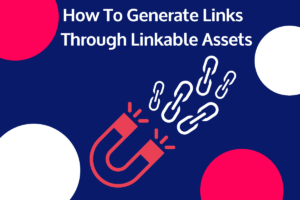 Getting links to your website can be a slog. But what if there was a way you could sit back and they come to you, all while improving your overall brand image? We delve into creating link magnets/linkable assets, so you can do exactly that. 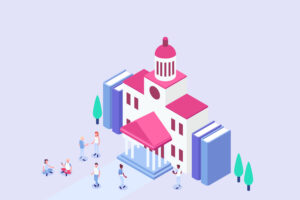 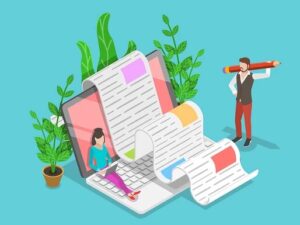 Table of Contents ‘Content is king’, is a saying you will hear on a regular basis amongst SEO’s, and in the large majority of cases, 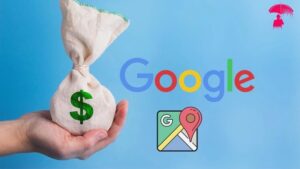 Table of Contents Over time Google tests and adjusts, to find this optimum. Not only for the user but also to identify the point at

Crosslinking for Seo: What Is It and How to Do It?

Crosslinking for Seo: What Is It and How to Do It?